An exciting new development in the progress of Midgard, a novel re-envisioning of the virtual memory abstraction ubiquitous to computer systems, sees a tech leader funding research that will bring together experts from Yale, the University of Edinburgh and EcoCloud at EPFL.

Global semiconductor manufacturer Intel is sponsoring an EcoCloud-led project entitled “Virtual Memory for Post-Moore Servers”, which is part of its wider research into improving power performance and total cost of ownership for servers in big-scale datacenters.

What is the Post-Moore era?

Moore’s law was conceived by Gordon Moore in 1965. He would later become CEO of Intel. Moore predicted that the number of transistors in a dense integrated circuit would double, roughly every two years. This has been remarkably accurate up to now, but we are reaching the stage where physical limitations will curtail this pattern within the next couple of years: we are approaching the “Post-Moore era”. Many observers are optimistic about the continuation of technological progress in a variety of other areas, including new chip architectures, quantum computing and artificial intelligence.

Midgard is a radical new technology which helps provide optimizations for memory in data centers with an innovative, highly efficient namespace for access and protection control. Efficient memory protection is a foundation for virtualization, confidential computing, use of accelerators, and emerging computing paradigms such as serverless computing.

The Midgard layer is an intermediate stratum that renders possible staggering gains in performance for data servers as memory grows, and which is compatible with modern operating systems such as Linux, Android, macOS and Windows. 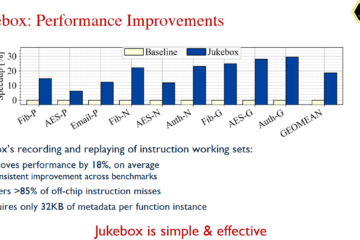 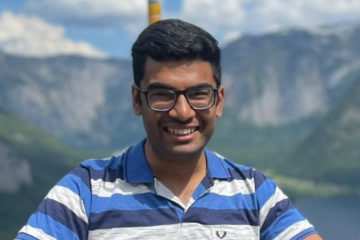 Sid Gupta was invited to the Heidelberg Laureate Forum 2022, an exclusive event open only to the best 100 Computer Science candidates and 100 Maths candidates. 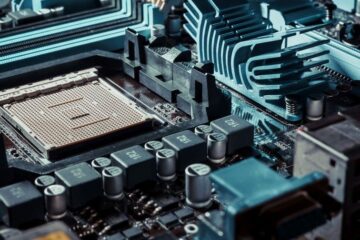 As the innovation technology Midgard gains momentum, one of its key researchers has been rewarded for their work by Qualcomm Technologies. Qualcomm Innovation Fellowship rewards excellent young researchers in the field of AI and cybersecurity with individual prizes Read more…

We use cookies on our website to give you the most relevant experience by remembering your preferences and repeat visits. By clicking “Accept All”, you consent to the use of ALL the cookies. However, you may visit "Cookie Settings" to provide a controlled consent.
Cookie SettingsAccept All
Manage consent

This website uses cookies to improve your experience while you navigate through the website. Out of these, the cookies that are categorized as necessary are stored on your browser as they are essential for the working of basic functionalities of the website. We also use third-party cookies that help us analyze and understand how you use this website. These cookies will be stored in your browser only with your consent. You also have the option to opt-out of these cookies. But opting out of some of these cookies may affect your browsing experience.
Necessary Always Enabled
Necessary cookies are absolutely essential for the website to function properly. These cookies ensure basic functionalities and security features of the website, anonymously.
Functional
Functional cookies help to perform certain functionalities like sharing the content of the website on social media platforms, collect feedbacks, and other third-party features.
Performance
Performance cookies are used to understand and analyze the key performance indexes of the website which helps in delivering a better user experience for the visitors.
Analytics
Analytical cookies are used to understand how visitors interact with the website. These cookies help provide information on metrics the number of visitors, bounce rate, traffic source, etc.
Advertisement
Advertisement cookies are used to provide visitors with relevant ads and marketing campaigns. These cookies track visitors across websites and collect information to provide customized ads.
Others
Other uncategorized cookies are those that are being analyzed and have not been classified into a category as yet.
SAVE & ACCEPT